A great way to spend a few hours while staying in Somerset. (You may like to try Spindlewood Lodges)

We've recently spent a lovely few days in Somerset (for anyone who's interested, we stayed in a holiday lodge at Spindlewood Lodges just down the road from Glastonbury). And during our holiday we walked up Glastonbury Tor. For those who don't know, Glastonbury Tor is a natural mound which is situated in some fairly flat countryside, and is considered a very mystical place.

Because Glastonbury Tor is set in a flat landscape, you really get some terrific views across Somerset - have a little look at the photos on the right for an idea of the views achieved. Although it's a fairly steep walk to get to the top of The Tor, we managed it with our 7 year-old and 11 year-old without many complaints. You don't need to scramble up the sides of The Tor, there are a set of concrete steps leading up the side - in fact, you have to stick to these steps, as climbing up the sides off the path is causing The Tor to erode.

And the reason Glastonbury Tor gets a mention on School-Holiday-Deals.co.uk is that it's free to climb. With most attractions meaning you need a second mortgage, it's nice to do something which doesn't cost anything - and is very pleasant to do.

There isn't any parking right at the base of Glastonbury Tor, so we decided to park in the nearby Morrison's supermarket, on the outskirts of Glastonbury. This does means about a ½ mile walk, but the parking is free! 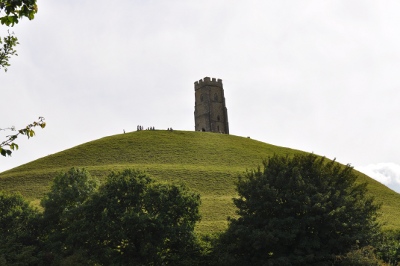 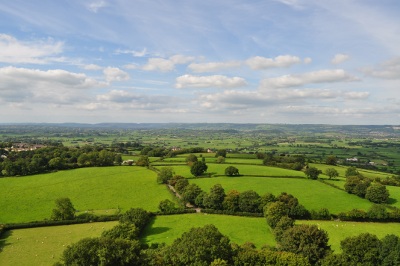 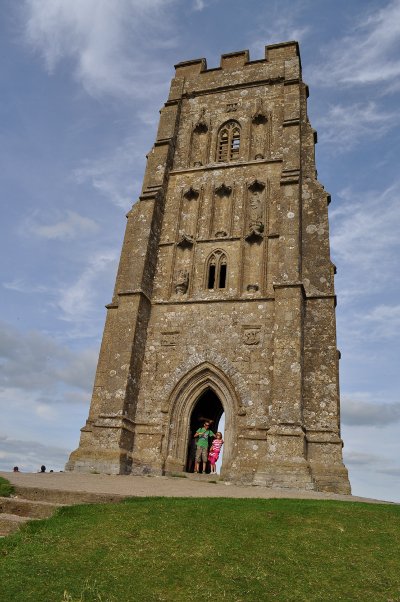 Tower at top of Glastonbury Tor